How to avoid a middle seat on a plane 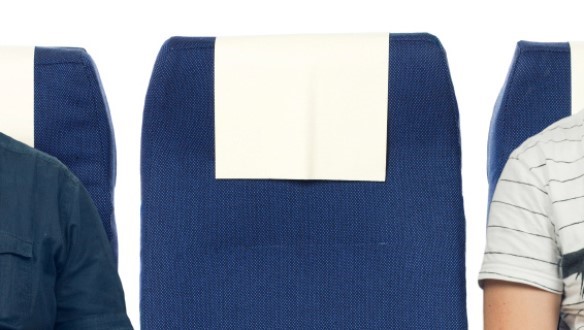 On a recent flight back from Hong Kong to London I had the misfortune of my seat being changed at the gate from an aisle to a middle seat on a row on four. I was travelling alone, the flight was full, I felt cramped due to the awkwardness of who the armrest belonged to and also the thought of going to the toilet and having to disturb a stranger who may be sleeping was playing on my mind, I felt sticky and hot due to the 35 degree humidity I’d just left behind plus the journey ahead was 13 hours. It was the most uncomfortable of plane journeys ever, therefore I think it’s important to share how to deal with a middle seat or how to avoid getting one.

Many airlines allow you to allocate your own seat either free or for a small fee. Just ask us to see if we can arrange this for you. If you are unable to pre-book a seat number, arrive early at check in to request your preferred seating choice. If at check in, you are unhappy with your seat choice, ask nicely at the gate as the airline staff at this point will know how full the flight is and may be able to move you to a better seat or they may tell you which rows are empty in which case you may have more seats to yourself!

If this fails and you are destined to have the middle seat, board the aircraft early and you can arrange your belongings in a way that suits you and take out everything you need on board, to avoid bothering others on board. You will have an improved chance of placing your hand baggage in the overhead locker above you rather than half way down the plane.

Pack an inflatable pillow, one of the problems with a middle seat is ill-defined boundaries which leads to a lack of comfort. There’s nothing worse than wakening up on a plane with your head on a strangers shoulder.

Plan you trips to the toilet or walks around the plane when your neighbour is not sleeping or before the meal/drinks service starts as this will save you crossing your legs for an hours or clambering around tray tables.

There’s nothing worse than having chatty neighbours on a plane when you want to switch off and relax especially if they are not interesting. So pack ear plugs and an eye mask, a book, listen to your music or watch a good film.