The Fairytale Cities of Malta 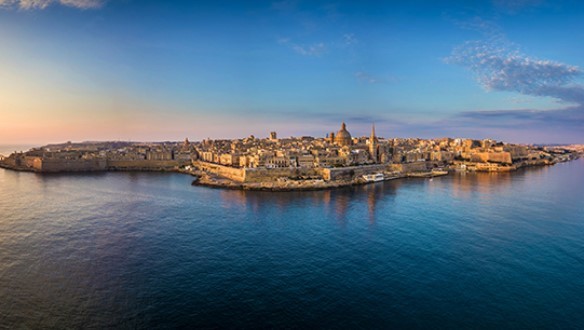 Well-known for its summer holidays, Malta’s a dream when it comes to warm weather and relaxing days by the pool. The more adventurous head here for the fantastic diving spots offering historic shipwrecks to explore. But what about Malta’s wonderful cities? They have many stories to tell!

From the elegant 16th century UNESCO capital city of Valletta, Malta’s medieval capital, Mdina and sleepy Victoria over in Gozo – these three cities offer history, charm and beautiful scenery (there’s a reason why Malta is one of the world’s most popular filming destinations)! We think Malta is a city break destination in its own right, and we’re here to tell you why…

Known by many as the ‘Island of Honey’, it’s clear after one look that there are many reasons as to why: Most of Malta is built from the local honey-coloured limestone, and whilst that may not be all that fascinating on its own, once you pair that with an impressive 300 days of guaranteed sunshine which Malta receives throughout the year, it makes for quite the sight to behold as the cities appear to radiate with a regal, golden glow. This is no exception in capital city Valletta, which boasts an awe-inspiring ‘golden stone fortress’, so ancient looking that it gives off a real essence of being transported back in time through the pages of a history book.

With over 320 historical sites in 80 hectares, to say there is a lot to do here would be an understatement. It goes without saying that the architecture is impressive in Valletta – the Grandmaster Palace Courtyard and stunning St. John’s Co-Cathedral are extra special, being both stunning to behold and steeped with historical importance. Sit back and take in the beauty from the Upper Barrakka Gardens, where you’ll find panoramic views of the Grand Harbour, large enough to dock literally thousands of boats and therefore making it one of the largest marinas in the world.

After a jam-packed day of sightseeing, you can wind down by taking a relaxing stroll in the romantic Lower Barrakka Gardens, dotted with monuments, plaques and a 10-ton bronze bell of commemoration to those who died in the two-year siege of Malta.

And we’ve not even gotten onto the food scene. With its array of cool cafes and stylish eateries, it’ll make those essential pit-stops a people watchers dream, making it the perfect opportunity to soak up the atmosphere of the city.

Good to know: If Valletta leaves you wanting to see more fortified cities, then you’re in luck! ‘Three Cities’, the collective name of three other fortified cities in Malta; Birgu, Senglea and Cospicua which can be explored in a fun and exciting way by renting an electric-powered car from the Rolling Geeks.

Not forgetting what has come to be known as the ‘Silent City’, Mdina – Malta’s old capital which was once home to Malta’s past nobility and dates back an incredible 4,000 years! Surrounded by fortified bastion walls, its peaceful ambience and collection of preserved buildings brings a timeless feel to it, and there’s a lot to appreciate; including gorgeous, cobbled streets lined with medieval and baroque architecture, an array of museums and relaxing wine bars.

Views pack a punch too, as the city is perched atop a hill roughly 250 metres above sea level, so you can sit back and take in views of the rest of the island. Other not-to-be-missed attractions include the filming location for Kings Landing in Game of Thrones, the baroque cathedral, and Palazzo De Piro – a centre for arts and culture with an on-going programme of events, including art exhibitions and artisan markets.

If you’re budget isn’t too tight, the Michelin star restaurant; De Mondion is well worth splashing out on. Set inside the luxurious Xara Palace Hotel, a 16th century building – on the top floor, you’ll be spoiled with stunning views whilst enjoying flavoursome Mediterranean dishes of the best produce the island has to offer. 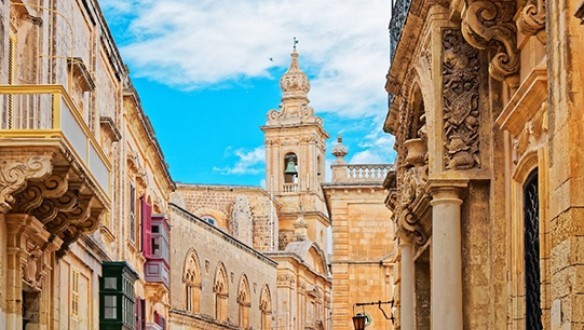 Over on the smaller, sleepier island of Gozo, is the city of Victoria. Previously known as Rabat, the city changed its name in 1887 to honour Queen Victoria in her Jubilee year. Sat in the centre of Gozo, this small walled city can’t be missed, as pretty much all roads on the island lead to here! While you’re in Victoria, take a stroll around the museums, cathedral and most importantly, the Cittadella. Also known as the Castello, this is Victoria’s most popular tourist attraction, and impressively, it dates back to 1500 BC! Another attraction not to be missed here is St George’s Basillica, located bang in the centre of Victoria. As the most important church in Gozo both artistically and architecturally, you can be certain you’ll want your camera at hand for this one.

Whilst Victoria is on the neighbouring island of Gozo, it’s easy to get from Malta to Gozo, with ferries available every 30 minutes during peak times. Sailing between Cirkewwa in Malta and Mgarr in Gozo, the journey itself takes approx. 25 minutes, making it an easy day trip. 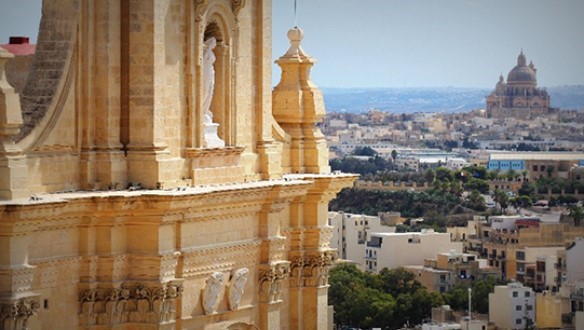 If you’ve had your fill of fortified, historical cities, why not try something a little different? Only a couple of miles from the village of Mellieha, you’ll find the picturesque 1980’s film set of Popeye Village – now used as a fun park - a great spot if you’re travelling with little ones.

A DESTINATION FOR ALL SEASONS

Just a three-hour flight away, Malta makes for a perfect city break for all seasons, with mild weather in the winter months and hot weather throughout the summer. As a small island, you can explore somewhere new each day, turning it into an adventurous holiday jam-packed with excursions – all of which can be combined with some much-needed relaxation by the pool. As nothing is too far away on the island of Malta, it’s possible to get to know all of its cities in one holiday.

To find out more, contact us today and we’ll start planning your break to Malta.